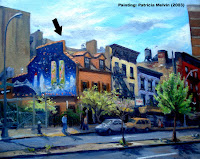 The current owners of 35 Cooper Square have not yet decided whether to demolish the existing structure. City records trace the ownership to the Arun Bhatia Development Organization, which has built dorms for the New School and seven condo towers, most recently 137 Wooster Street.

Jane Crotty, a spokeswoman for Arun Bhatia, confirmed its ownership and said there was another partner involved, but declined to disclose the name. She said that plans were not finalized, but that the partnership sought an “as of right, mixed-use” project. Demolishing the existing building was an option, but no decision had been made, she said, and more details would be revealed in “three or four weeks.”
Massey Knakal’s Special Asset Strategy Group brokered  the sale of the building and two parcels to the north last October,  fetching around $8.5 million, for the entire lot’s 28,998 buildable s/f.
Astor Place-Cooper Square, Bowery, General